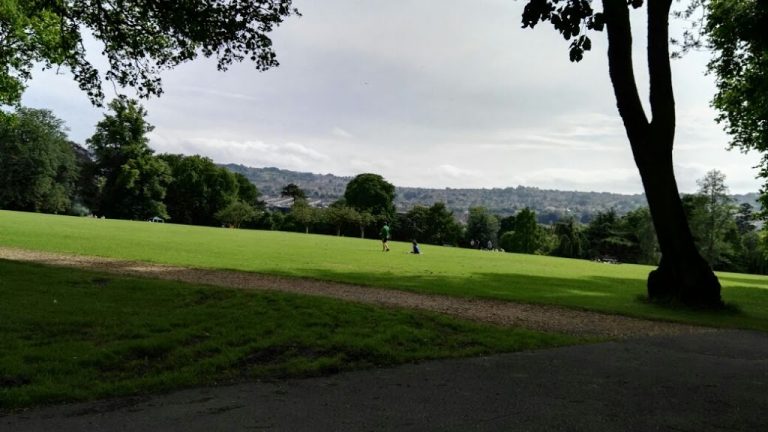 Bath, located in Somerset, England, is not only home of one of the world’s most romantic and prolific writers; Jane Austen, but it is also the only city in the UK that is a UNESCO World Heritage site because of its rich history and culture.  We visited it during the August bank holiday a few years ago and had an amazing family weekend. I have been dreaming of visiting it again.

The beauty of Bath is that you can visit it anytime of the year. It can be a family day out or a family weekend or as long as you want it to be.

How to get there

We decided to rent a car and drive there especially that we had our dog with us and we thought a road trip would be a lot of fun.

We booked our family weekend very last minute and were hoping for a dog-friendly hotel. So we ended up staying at the Hilton Bath City. It was a lovely stay but next time I think we will go for a cosier bed and breakfast.

What to pack for your family weekend

Remember to pack comfortable shoes because you will be walking around – a lot! If you are planning on spending a day at a spa then bring your swimwear.

What to do on your family weekend

Do as the Romans do

On the first day in Bath, we visited the Roman Baths – literally the reason this city has its name. Today, the city of Bath is positioned as a world heritage spa city. You can all get audio guides and explore the complex at your own pace. There is even an audio guide recorded specifically for children in the voice of the beloved author Michael Rosen.

If your child is younger, or more restless like mine, then you can also do a family activity trail. My daughter really enjoyed seeing the actors in costume especially that she was learning about the Roman Empire at school.

The Roman Baths are open every day of the year except for Christmas Day and Boxing Day. Tickets cost £20 for an adult and £12.50 for a child during the weekend. If you book online or visit on a weekday, you will get better ticket prices. Getting tickets online will cut on queuing time but it is still pretty crowded so make sure you allow enough time for the visit.

Say a prayer and light a candle at the Abbey

A brisk five-minute walk took us to Bath Abbey with its beautiful stained glass windows and stone columns. It is crazy to think that this church has been here for more than 1,200 years! It has been built and rebuilt since Anglo-Saxon times and survived world wars and regime changes. The Abbey is open every day of the week from 9 am to 5:30 pm except for Sundays when it opens to the public at 1 pm. Tickets are sold at the abbey and are £8 for adults and £4 for children.

Walk around the city

After a hearty breakfast, we took the kiddo and doggo to the picturesque Royal Victoria Park. This is the first park to be named after Queen Victoria and the entrance has an ancient Egyptian obelisk dedicated to her. My daughter also loved the adventure playground and playing around with her scooter. After a couple of hours in the sun, we decided to head back to the city centre for some shopping and lunch. In the car ride back, we managed to get a glimpse of the famous neighbourhood called The Circus. It is a series of townhouses arranged in a circular fashion – a striking example of Georgian architecture.

The city centre, being a pedestrian zone is very family-friendly, and my daughter enjoyed walking the dog. We were lucky to be there during Wimbledon season. There were screens, fake grass lawns and sun loungers in almost every square so fans can follow the tennis matches.

Pretend you are Jane Austen

After lunch, we stumbled across the Fashion Museum and it was like going back in time! Display after display of dresses, hats, shoes and accessories arranged in chronological order. We had fun putting on some of the pretend Victorian costumes and taking silly photos, and gathering stickers on the trail!

Just like the Roman Baths, the Fashion Museum and Assembly Rooms are open every day except during Christmas. Tickets are £9.50 for adults and £7.25 for kids. You can get discounted tickets online and if you purchase packages with other Bath museums.

Go on a spa day

Next time we go, we will plan to leave behind our lovely dog so that we can actually go on a spa day. Well it won’t exactly be a proper spa because most of them don’t let kids in. But we can definitely find a family-friendly swimming pool and have a relaxing day before heading back to the grind!

Can’t get enough history and culture?

Why not visit Warwickshire, the home of another prolific British playwright Shakespeare? Or maybe explore the British countryside in the Cotswolds.

Pin this post about Bath to come back to it later